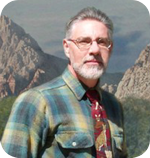 Jason Savage lives and works in Raleigh, North Carolina. He resides with his cat Zeus, a Chaussie. Savage has worked in the construction, graphic design, and product development fields for more than thirty years. During that time, he developed The Manx puzzle, Crossword Gold, a new cat care product, and the Immortal Memories™ Diamond Memory™ tribute.

Mr. Savage acquired experience in international business as a partner in an export company specializing in resale of musical instruments. He is a master carpenter who has renovated numerous historic homes in Charleston, South Carolina. An avid runner and road racer, Mr. Savage has competed for more than thirty years winning hundreds of awards. He has raced all distances from the mile to marathons and was a participant in the running of the 100th Boston Marathon. He was ranked in the top ten for several years in the South Carolina Masters Division. In June 2007 he competed in the Senior Olympics in Louisville, KY. He trained under Dr. Michael Bleyman, zoologist and world-renowned tiger expert, learning the interaction and care of endangered felids. Through his tiger foundation, Savage has provided rescue and habitats for tigers. Additionally, Mr. Savage is spearheading an international memorial to honor the military men and women who made, and will make, the ultimate sacrifice in the War on Terrorism.

The Arena by Theodore Roosevelt